On 20th of September, to mark the European Campaign “Day without a Car 2019”, the City of Prijedor suspended the traffic for all motor vehicles in the urban area of the city between 11am – 2pm. 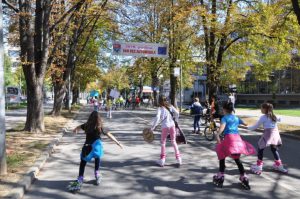 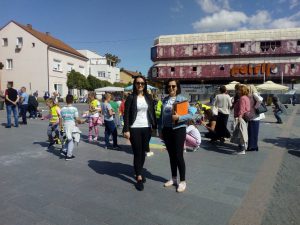 The campaign aims to promote alternative modes of transport such as public transport, bicycle and walking, and for the purpose of environmental protection. The youngest population of City of Prijedor, elementary schools, NGOs and other residents walked through the city, turning roads into pedestrian zones. As well as walking, they drew on the streets, played volleyball and rode bicycles. PREDA-PD Agency representatives and project SMILE team members participated in the event, promoting alternative modes of transport and their benefits on environment.